Siena is located among the valleys of the rivers Arbia, Merse, Elsa and the hills of Chianti, Montagnola and Crete Senesi. The historical city centre, standing out with a strong medieval characterization, has been declared Unesco World Heritage Site.
In addition to its artistic treasure Siena is known worldwide for the Palio, performed in Piazza del Campo. The race represents one of the maximum expressions of Sienese tradition and of the daily life of Siena's citizens.
Sienese territory is also well-known for its wines and for its gartronomic tradition that is very connected to medieval tradition.

What to visit in Siena 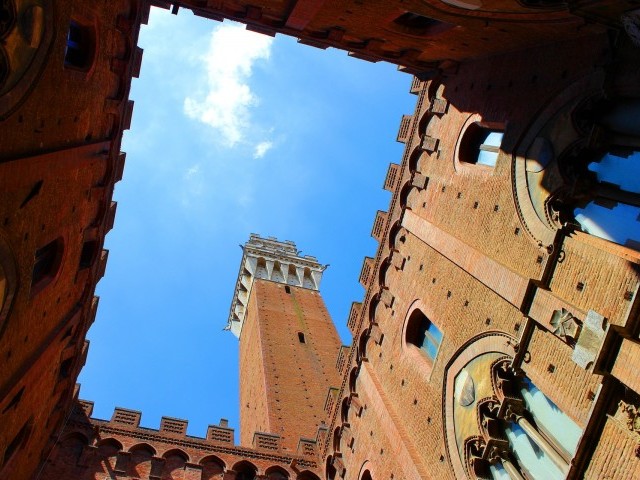 Siena has almost maintained intact its historical city centre and its medieval architecture - made of historical buildings, towers, walls and old fountains and tanks - that makes the city absolutely unique.
Among its beautiful sites we remind Piazza del Campo, that since XIV represents the heart of Siena and is still today the main meeting place for Sienese people. Here rises the Palazzo Pubblico, with its tower, called “del Mangia”, built between 1325 and 1348.
The cathedral of Siena is another not to be missed jewel of italian gothic architecture. Inside it there are Michelangelo and Donatello's works. Talking about gothic style, there is San Domenico church, connected with the history of Santa Caterina da Siena.
Beyond gothic art it is possible to admire works of the Reinassance as the Palazzo delle Papesse, the Palazzo Piccolomini and the Fortezza medicea, built by Cosimo de Medici in XVI century.
Not to miss also the Bottini, galleries extending for about 25 km in the underground tuff digged to guaranteed the water procurement for the city during the Middleage. 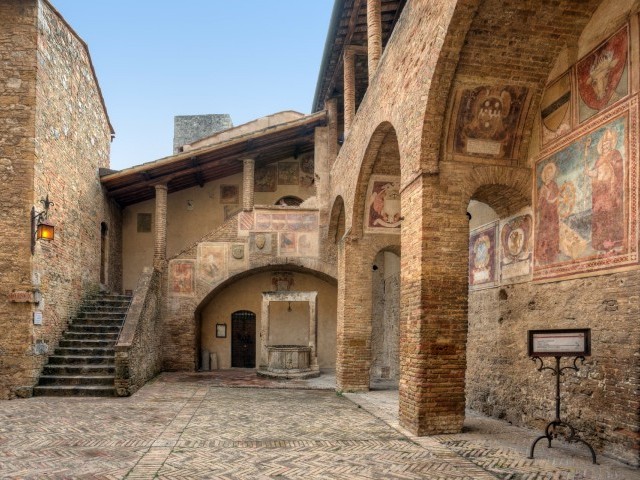 In addition of offering an enormous artistic heritage Siena is also a proactive city for cultural and artistic events. The Galleria Continua in San Giminiano is known all over Europe and the world, and exhibits since twenty years works by worldwide famous artists. Palazzo del Capitano close to the Santa Maria della Scala exhibits artists from Siena and Tuscany. In the Museo Civico it is possible to admire the frescos by Domenico Beccafumi, Ambrogio Lorenzetti, Simone Martini and other artists from Siena. Inside the Cathedral visitors can admire the four Michelangelo's sculptures, placed in the Piccolomini's altar. The Palazzo Chigi-Saracini, in via di Città in Siena, one of the most prestigious noble building of the city, is located since many years the prestigious Chigiana Musical Academy. Regarding musical world Siena Jazz, renowned school music, offers musical events in various places of the city. Moreover the public authorities arrange concerts during the year in Piazza del Campo or musical weeks as “La città aromatica” when artists of national and international celebrity exhibit. Many are the culinary events and enological happenings that occur around the territory to promote Sienese culinary tradition.

What to see around Tuscany 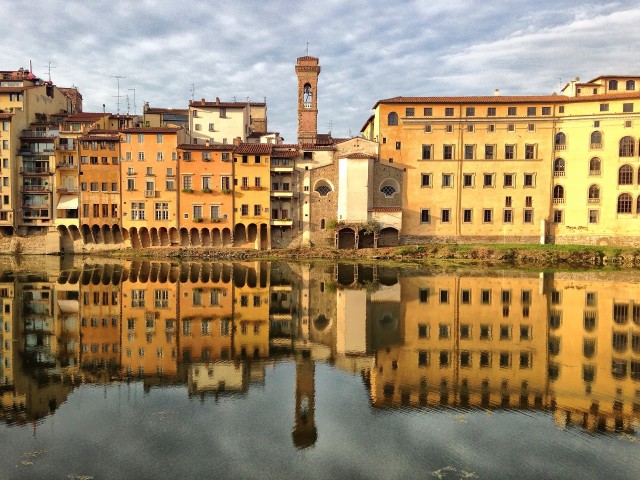 Tuscany is a rich of history, culture, traditions and limitless beautiful natural heritage region, all things that make it a wished destination for travellers and tourists. With its renowned cities for their beautiful and artistic peculiarity as Siena, Florence, Lucca, Pisa e Arezzo and with its countryside, well-known in the world for the harmony of the landscapes and where the union between human being and nature gives to the visitors a wide set of attractions. From the mountains to the sea passing through the country the possible landscapes are countless.